More than 2 years ago I took a crucial decision in AndroidViewClient/culebra development plan and that was to free it from `monkeyrunner`, Jython and Chimpchat.

AndroidViewClient/culebra was liberated and starting with version 4.0.0 it does not require any other runtime environment than python 2.x (read announcement). It can be installed and upgraded using the corresponding platform tools like easy_install or pip and can be easily integrated into IDEs like Eclipse PyDev or Pycharm. It also improves speed, solves chimpchat bugs, and even provides a GUI whre you can automatically create tests or scripts without writing a single line of code. 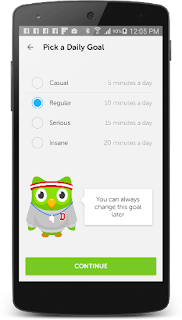 Nonetheless, from time to time, I receive some questions or reports about problems with scripts created with `culebra` that are attempted to run with `monkeyrunner` or some other combinations. I take the blame for it. I failed at communicating that AndroidViewClient/culebra is a complete replacement and should not be used together.

In order to improve the situation I gave a very detailed, easy to follow, step-by-step answer to
Error of Script with MonkeyRunner and AndroidViewClient (Touch) on Stackoverflow, showing how you can create a test case that automatically starts.and Activity (Duolingo) , checks if some Views are on the screen, touches them and finally take the screenshot. All from the GUI.


I hope you find this explanation useful.
Posted by Diego Torres Milano at 14:31

Thanks for Sharing!!!
Cotton Sarees in Surat