Check the previous post too: Diego Torres Milano's blog: Android: Playing with Intents which refers to a previous version.

This new version includes some extra features to help you understand and test Android intents.

Installation
Use the method described in Diego Torres Milano's blog: Android Intent Playground 2.0 installation or download AndroidIntentPlayground.apk and install it on the emulator using 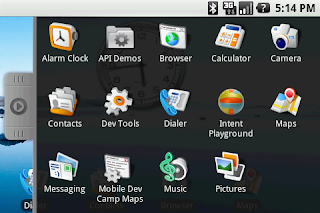 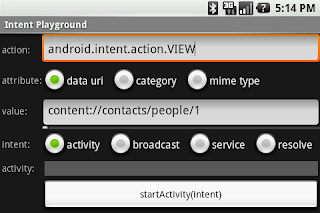 we can tailor an Intent, filling some of its attributes, and then do something with it for example starting the corresponding application.
Among these Intent attributes we can set


Random intents
There's a menu option to fill in random values, from a pre built list, of intent attributes Posted by Diego Torres Milano at 11:42

Can I get the source code for Acdroid Intent Playground 2.0