Turns your Android smartphone into a complete laptop

I do not usually mention third party products in this blog unless there is a very good reason. The Superbook certainly is one of those.  It is a smart laptop shell that provides a large screen, keyboard and multi-touch trackpad, 8+ hours of battery, and phone charging capabilities. When plugged into your Android smartphone, it launches our app to deliver the full laptop experience. 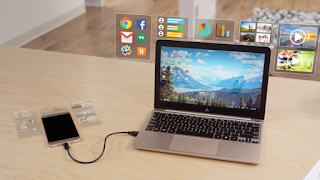 The idea of using the same core device for your mobile and desktop experiences has been tried before, but this time, the Superbook gives it a twist and uses a full Android desktop. This is mainly possible due to the huge improvement lastest Android versions received in areas as multi-window support,  Android for work and Keyboard Shortcuts screen that surely move  the platform in the desktop direction.

That was not true some years ago. 6 years to be more precise, when one of the projects I was part of implemented the same concept but in the opposite direction I would say. 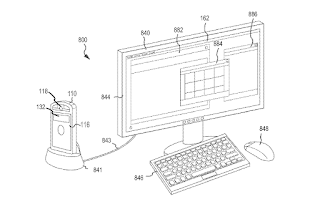 The concept included also a Smart book where you could dock your device. 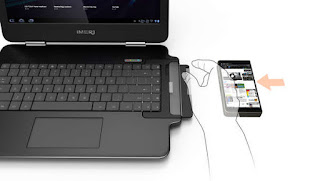 Unfortunately, this project was later discontinued.

As I mentioned, a lot has changed in these last 6 years on Android and devices are much more powerful now to support this approach so take a look at Superbook as it might change your mobile and desktop experiences.